Let us forget Hinduism, its symbols and names of god for the time being and consider these aspects as pure science from a nanotechnologist and cosmologist called Mayan.

We have been told that the universe is full of luminescent particles and this particle manifests itself because of the primordial pulsation. We have had a sneak peek into the geometry and the mathematical proportion which is used in the creation of many things. We know that the universe rhythm confirms to a mathematical code to the extent that we can create divine energies in a temple based on that science.
If time is pulsation of consciousness and if it creates, sustains and destroys everything, then time is the architect sculpting the universe and every object in this universe should be a sculpture of time and this concept is very beautifully captured in “Jagat Sarvaram Silpameva’ meaning the entire universe is nothing more than a shilpa / sculpture (and it latently conveys that Time is the Shilpi).
If all the above things are right then is it not right to say that “Man created the concept of God” or “Man can create divine energy around him”? Let me sum up my thoughts as below:
·         The sages and rishis were essentially scientists and understood the secret of nature very well. They were understandably masters in nanotechnology and cosmology.
·         They knew that “One thing” with which they could understand the nature and science of all other things in this universe. This is obviously supported by the mathematical knowledge they had.
·         As per Vedas nothing is created by god including the Vedas, but universe is the manifestation of god. They also understood that man is the most evolved of this manifestation. This is why they created all the god forms in the image of a man.
·         Be it language, poetry, classical music, classical dance, sculpture and architecture it was the manifestation of this divinity that was the underlying link. Sacred geometry and sacred proportions were used to generate the subtle energy that took us closer to divine.
Hindu temples were created to capture all these aspects in one place and which could sustain and grow for the benefit of mankind.
·         Secret of nature heard through the vibrations of Vedas were codified as supreme science and weaved into a philosophy called Sanatana Dharma.
·         Architecture of temples confirmed to divine proportions and space - time engineering was accurate to capture sunlight and moon light at the same position for thousands of years. The design of the temple cleaned the subtle energies and points of the human body. 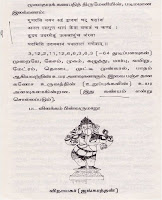 ·        Figure 46: Ganapathi Idol (Courtesy: Dr. Ganapathi Sthapati)
The sloka above in Sanskrit gives the measure of different parts of this Idol which would confirm to total 64 units (resonance of 8). Hair (3), Face(12), neck(2), Chest(11), Stomach(12), Belly &Pelvis (6), Thigh(6), Knee(3), Legs (6), Feet (3). Total 64 units. Just as much a Sloka with right metre and letters becomes a living organism, an idol with right proportions becomes a living organism.
·         Divine Idol forms confirmed to a mathematical proportion that invoked subtle energies within and around us. This is where the external forms were used to create energies internally to a human. This is the basis of idol worship. If it is scientific to create a form with divine energies based on mathematical proportion then idol worship is the supreme proof for that science.
·         This supreme mathematical law is called as Dharma (nature‘s law) and the unfolding of that law is the Karmic theory of cause and effect / law of karma.
·         Poetry, classical music and classical dance are intimately linked to this Hindu temple culture. Adi Tala and octaves were used to create subtle energies in poetry using words, and the same tala maana is used in classical music with rhythm and raga, in classical dance with light and sound and in sculpture as a visual form. 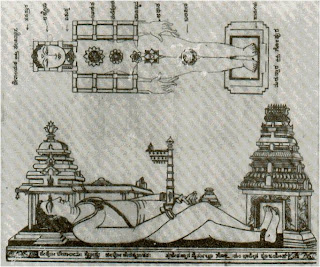 Figure 47: Human body as a representation of a temple
(Courtesy: http://www.salagram.net/sstp-mgpuja3.html )
A Hindu temple is a divine and yogic representation of a human being with the Deity in the temple representing the God as indweller in humans and all beings. In a temple the feet represents Rajagopura, the hands represent Praakaara, the abdomen represent Mandapa, the heart represents Antaraala and the crown of the head represents the sanctum sanctorum (garbha griha). The temple is used as a reminder that our inner spiritual journey is through internal yoga to realize the indweller God. This analogy is shown through the representation of various chakras namely Moolaadhara to Sahasraara in the body to various locations in the temple.
·         It may be of interest to note that the same harmonics of 8 are reflected in every other domain. For example, if you have been practicing Pranayama then your master would have asked you to practice breathing based on some counts. The most popular counts are 6(inhale), 3 (Exhale) or 7(inhale), 2 (Exhale). If you notice this count 9, this cleans up your gross body. Advanced Pranayam students may be asked to stick to 1 (Inhale), 4 (Retain), 2(Exhale), 2(Retain outside) or as a variation 1,4,2,1 or 1,3,2,2. The counts which add up to 8 clean the subtle body.
·         Till few decades back the fundamental dimension for money in India was “Ana” called as Eight Anas (எட்டணா) and this was equivalent to Rs. 0.5 as the fundamental measure.
·         Thus a “Poetry is an idol in aural form and a building is a frozen music”.  A Poet by the way of his mental frequency has first become the poem itself and then the actual poem was created in its aural form and an artist by the same frequency has become the idol first and then he gave a shape to the idol externally through this hands. This is very beautifully given as “Raso vai saha, So Vai rasikaha”, which means he (god) is the enjoyer and he is the artist.
·         All of this reflects the supreme philosophy that “Oneness in all and everything is just a manifestation of that one thing”.
·         Now in this light understand the meaning of this Upanishad prayer, “Aum Poornamadah Poornamidam Poornaath Poornam Udachyathe, Poornasya Poornamaadaaya
Poornameva Vasishyathe”. This means God is perfect (infinite). This Universe is also perfect (infinite). If perfection (infinity) is taken from anything perfect (infinite) what remains is still perfect (infinite). Isn’t this is the actual reality today?
·         Everything scientific is philosophically, mythological and ritually well interwoven that proves that Sanatana Dharma is the most ancient and supreme representation of science and nature’s secret in our possession. Our temple worship which integrates all this science, 5 sacred arts with language and Math is the standing example of our understanding of the nature of god.
It is the same Sugarcane but an elephant eats it from the field directly, a young adult peels the skin off and chews it, if a kid has to eat then someone has to peel the skin and cut it into pieces and an old man without teeth needs it to be made as sugarcane juice. Depending on one’s ability to chew and digest the food has to be processed.
Same way depending on one’s mental ability to grasp the supreme truth it has to be processed and presented. If someone is mentally well evolved then they can be fed with Upanishads and he can meditate on the formless Brahman. To a young adult Upanishads may not be palatable directly but they may have to start with Upavedas and Vedangas to mature to a higher level. For the less evolved kids, Itihasa and Purana like Ramayana and Mahabharata with stories may drive home the point and they can start with Shlokas and mantras. But for the least evolved it has to start with a personal deity with name and form, bhajans and songs to invoke the concept of Bhakthi.
In all the four cases temple culture forms the lowest common denominator. Even the most evolved relish the arts and architecture in the temples. We should be proud of our rich cultural and scientific heritage and be passionate about the science and philosophy and be rational about rituals and symbolisms.
Image / Idol worship is not deplorable or despicable. This is the highest scientific form of worship which enables us to see face to face the one which is beyond reach of sight and speech. This kindles devotion, community development and helps one to climb the steep walls of spirituality in the initial stages. Every religion in this world has some image or idol as symbolism to achieve this objective.
An idol is a god in form when made with the science of divine proportion and seasoned material is the highest product of our intelligence till today.
It should however be noted that this idol worship should not be lost in the din of rituals which does not reflect the very philosophy it had come to symbolize. So the advice I follow is “Be passionate about our culture but be rational about the rituals.”
The advancement of science can progress rapidly when the western scientists who are objective and empirical, partner with the pundits in India and learn the science of the subtle from our scriptures and temples. For this to happen we need to learn our own scriptures and past which is not possible without learning our mother tongue and Sanskrit. Else in the near future we may have to import knowledge of our culture and rich past from the western world.
As a wise man said, “Indians are the most ignorant about their rich past and scientific traditions.”
Happy reading!
Posted by Thinking Hearts at 7:42:00 PM