Let me start with these questions:

· What is the size of the God’s particle and how is it calculated?
· Does nature endow a standard measure for an average human being’s height?
Before we proceed to the next section I want to give the very detailed space calculation table used in ancient India. Our rishis did not stop just with telling us that the Paramaanu / God’s particle is very small but went ahead and established its size.
If you have to see such minute particles then your sensory organs – Eye and mind should be tuned to it so that it can see things at that size. From the formula available in our ancient texts I was trying to reconstruct by working backwards to find out the size of the Paramaanu / God’s particle should be. Please refer the table below which I have arrived at. 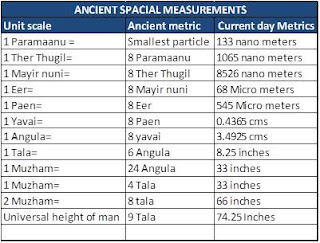 (Figure 33: Ancient Spatial measurements.  Courtesy – Dr. Ganapathi Sthapati)
I have given the exact word used in Tamil for these measurements instead of translating it in English. Ther Thugil is the dust from chariot wheel, Mayir nuni is the width of a hair tip, Eer and Paen are the lice eggs and lice. Some of you may jump that most of the units were subjective and would have variations in normal life. I agree but there is a reference point – Angula and its exact measure based on which other values are derived backwards to arrive at the value of Paramaanu.
Now if you note the smallest particle aka God’s particle / Paramaanu is 133 nm in size which is currently under study by the CERN scientists. Nanotechnologists today confirm that the width of a hair strand is about 25000 nm and our ancient texts give the size at the tip of the hair strand (and not the width) as 8526 nm. I see that to be a reasonable estimate when no such precision instruments were available in those days.
One Angula is 11/8 of an inch. This is the fundamental measure which is used in any of the worldly measurements. Now you can see that 6 Angula is 1 Tala which is about 8.25 inches and then comes the most important revelation.
Does nature endow a measure for an average human being’s height?
The answer is yes. As I said an average human being should be 9 Tala’s height and hence the nature endowed height for any human being is 74.25 inches. This is the ideal height and the variation is attributed to our Karma, hereditary and lifestyle.
Now let me give few tips to find out your height from typical measurements:
·         Measure the length of the face (from forehead to chin). Your total height should be 9 times that height.
·         Take your right hand middle finger (No. Don’t show it to anyoneJ). You would notice that the finger is divided into 3 parts. Measure the length of the lowest part – from the end of the palm to the first subsection. Your height typically should be 54 times this measure. Since this measure for an average man with nature endowed length shall be 1 Angula. Hence your height shall be 54 times that measure.
So, to sum up this section:
·         Instead of looking them as Rishis or Sages or religious figures if we look at them as scientists in the field of nanotechnology, quantum physics and Astro dynamics we would accept most of the secrets without any prejudice.
·         Not just the measure for the height of the man but they had formula for every object and this was the secret of their wisdom. For any astronomical object, I shall explain the formula they had to measure that body’s core (width) and also the width of the mantle. After understanding this you yourself can measure them without having to visit them without any space travel or precise equipments. The roots of their wisdom lie in understanding that “many’ are just a harmonic variation of the “one” subject to a mathematical proportion. Hence there was no “rocket science” in those days and all of them were as simple as it looks like.
As a wise man said, “Indians are the most ignorant about their rich past and scientific traditions.”
Happy reading!
Posted by Thinking Hearts at 6:14:00 PM