It is told that the sanctorum of Lord Ranganatha’s temple at Sri Rangam is circle from outside and square from inside. Why?

·         Subtle energy is represented by 8x8 square grid and the perimeter of the square is 4r and the area of the square is r*r. When each grid length is 1 unit then r = 8, so perimeter is 32 and area of this square is 64.
·         Gross energy is represented by 9x9 square grids and with the same measurements perimeter is 36 and area of this square is 91.
It has been an architect’s dream to create and capture subtle energy in a gross structure. This is fundamental objective of spatial engineering. How do you go about to achieve this? It looks that they found that they would take the help of a circle either outside the square or inside the square to achieve this. Remember almost every yantra has a square and a circle component in it.
The measurements are so taken such that either the perimeter or the area of both the circle and the 8x8 square are matched. Most of the Hindu temples follow such rules to invoke the subtle energy in a gross structure like temple. This is one of the well kept secrets and this is the reason each and every temple is said to interact with your subtle body differently when you visit it.
This is why Lord Ranganatha’s sanctorum in Sri Rangam temple is a circle from outside and square from inside. This secret is called as Squaring a Circle. This is all about to creating divine energies and this is the science that is implemented in all the Hindu temples which are built as per the Sastra. You need just basic math knowledge and patience to understand this supreme secret and I shall give below 2 techniques to match the area or the perimeter of the circle with that of the 8x8 square.
Perimeter match:
·        Let’s look at the image of a circle of unit radius. The area of the large circle is π (πr2) and the circumference is 2π. Here r =1.
·        Draw 2 circles inside as shown with half the radius. The area of each circle is π/4 and the combined area of both the circles is π/2. The circumference of each circle is π and the combined circumference of both the circles put together is 2π. 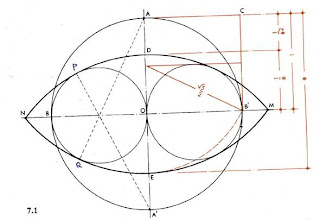 Figure 39: Squaring a Circle (Courtesy: Dr. Robert Lawlor, Sacred Geometry)
·         Just note that when a larger circle divides itself as 2 smaller circles the area is halved but the circumference is the same. This gives the first philosophical metaphor that “One has become two which are bipolar yet non-dual”. This is one of the fundamental principles of Advaita and also in Chinese philosophy. This bipolar non-dual force is the basis of life and is represented as male / female and Yang / Yin.
·         Now draw 2 arcs NDM and NEM from A’ and A with the radius as A’P and AQ as shown in the dotted line. You would note that point D and E would divide the radius of the circle by divine proportion – 1/F and 1/F2. Radius of the arc AE is F. The Yin Yang symbol is based on this principle which embeds the divine proportion in it.
·         Now let me draw a square ABCD around this circle (Fig 40) where the side of the square is the diameter of the circle which is unit 2. Here OP =1, AB=BC=CD=DA = 2. The perimeter of the square is 8 and the area of the square is 4.
·         Now draw a circle with O as the center and NO as the radius as shown in the figure. Here NO = √F. You can take this figure as such if you find it difficult to follow but for those who are interested, the derivation to calculate radius “NO” is as below: 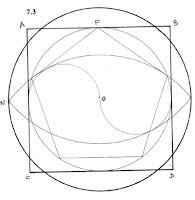 Figure 40: Squaring a Circle 2 (Courtesy: Dr. Robert Lawlor, Sacred Geometry)
o   Consider a right angle triangle OPN. We know OP = 1 and PN which is the radius of the arc = F. Hence as per Pythagoras theorem PN2 = OP2 + ON2 which is F2 = 1+r2. Let us say the radius is ON = r.
o   So r = √(F2-1). We know F is 1.61803399 so r = √F.
·         We have got a larger outer circle with a radius √F and hence the perimeter should be 2π√F. This is numerically equal to 7.9924576, which is equal to 8. Now we have created a structure where a square whose perimeter and a circle whose perimeter are the same. This technique is not limited to India but used in the same way for pyramid construction.
·         This is the perimeter match between 8x8 square grids and a circle around it.
Area match:
·         Vaastu has an easier way to get this done. Draw a circle inside a 9x9 energy grid whose diameter is equal to the side of the square. If each energy grid length is 1 unit, then side of the square is 9 units and the radius is 4.5 units.
·         The area of this circle is πr2 where r=4.5 and hence the area of the circle is 63.64 which is almost equal to area of the 8x8 square with unit grid length as 1 unit.
·         This is the area match between a circle and 8x8 square. So as per Vaastu every building is divided into 9x9 grid and the energy level of each grid is used to design the living space.
Capturing the direction of Subtle energy flow:
The subtle divine energy flows is as per the diagram given below. It starts from the center and always flows clockwise. That is why Hindus always stick to clockwise flow of movements - be in their temples or anywhere else. This clockwise flow of movement is captured in the sacred symbol Swastik. Here 1 is the source / Moolam, 2 is Kaalam (Time), 3 Seelam (Rhythm), 4 Kolam (Form), 5 (Universe) Gnalam. 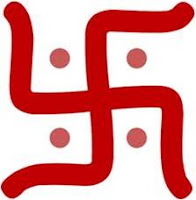 Figure 41: Clockwise flow of subtle energy                           Figure 42: Swastik symbolizing energy flow
Relationship between √2, √3, √5, F and π:
·         Now let me draw the connection between √2, √3, √5, F and π. Understanding this relationship is orgasmic and nothing less. If you think they are all some random numbers which cannot be fixed to their 10th decimal and not related to each other, just see the following relationship.
π = F2 x 6/5
Philosophically 6/5 is the relation of a hexagon to a pentagon and the other way to express this relationship is
F = (√π * √5) /(√2*√3).
·      This goes to prove that we did not just knew the numerals but divine fractions and proportions including their linkages. I am convinced, there is not even an iota of superstition in our temple and idol worship but they are supreme sciences codified and left for our benefits.
·         The temple of Sri Rangam dates back from Ramayana, which is Treta Yuga that is 800000+ years back as per Hindu Scriptures. This is our rich past and supreme science is embedded in our culture and codified in thousands of temples across nook and corner of the country. Why should we ignore this? We have a lot more to offer this world which is struggling to understand the nature of nature.
As a wise man said, “Indians are the most ignorant about their rich past and scientific traditions.”
Happy reading! 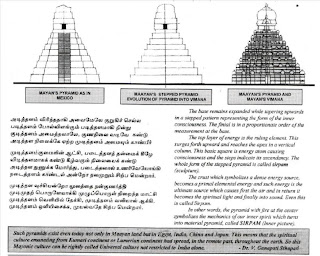 Figure 43: Similarity between Indian temples, Pyramids. The Tamil text states how the structure should be built. (Courtesy: Dr. Ganapathi Sthapati)